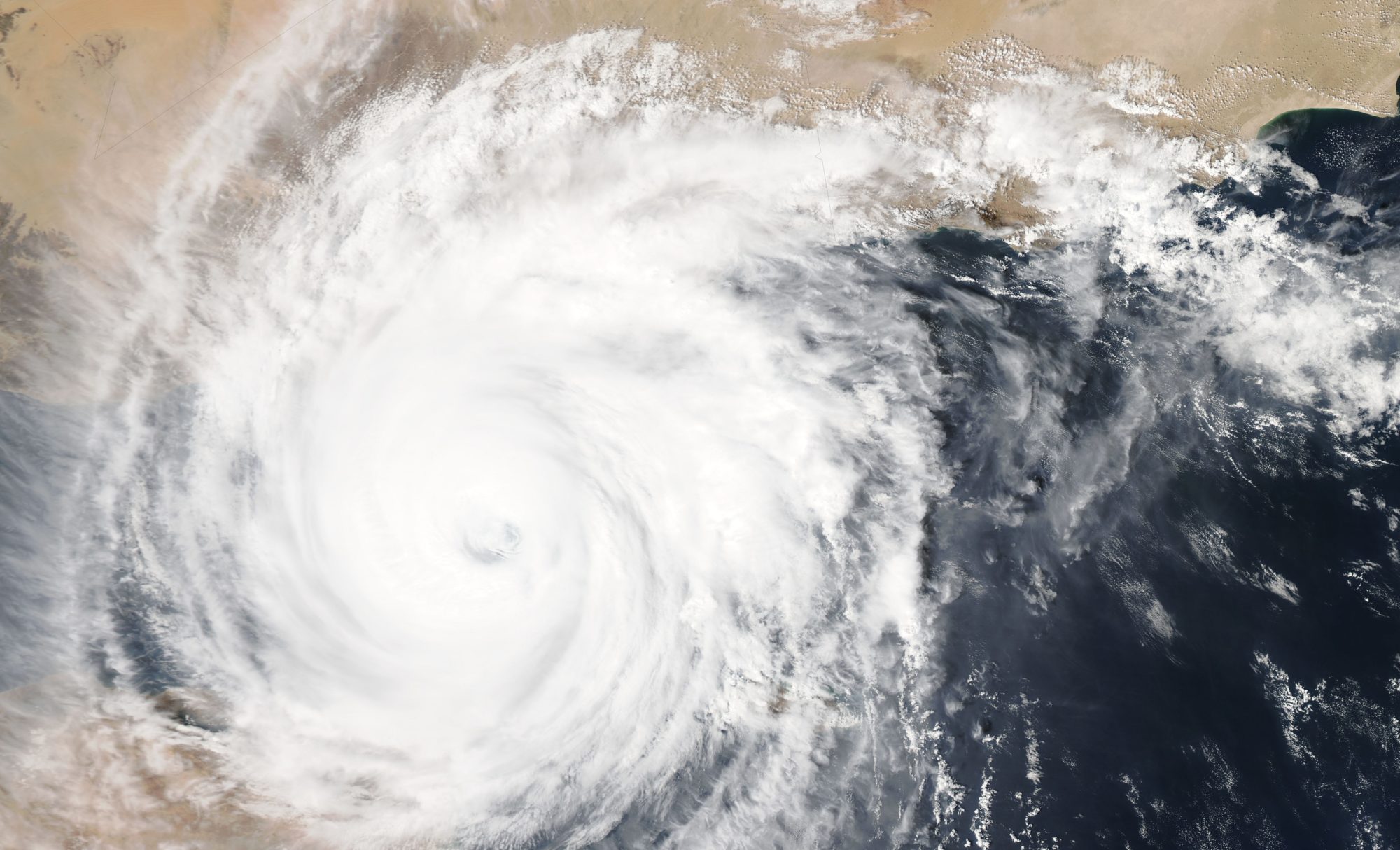 In a series of posts, I’ve been sharing our family’s story from the past few years. The story began in 2016 with a medical adventure with our son and the toll it took on our family as we were preparing to welcome baby #3. In part 2, I explored M’s birth and early months, when eating issues began to demonstrate that something was amiss. In this third post in the series, I’ll describe our experience relocating and pursuing a diagnosis.

When M was about six months old, I started to breathe a bit easier, knowing at least she was gaining weight, and that the bottle feeding time was improving slowly but surely, meaning she was getting stronger in that department at least. We were down to 30-45 minutes per bottle, which was a huge stride from the 60-90 minutes we had at first. We were allowed to sleep through the night, which took several months to adjust to because we were both so used to being awakened at 4AM. She might have other struggles, but she was going to survive. For the first time in months, I thought we just might make it.

Other concerns began to slowly crop up, however - she was not rolling over, she was unable to sit up unassisted, and she had torticollis, which is where one side of the neck is stronger than the other. Of course, now we know these were additional ways her low muscle tone - a primary symptom of her genetic disorder - was showing. The pediatrician recommended that we get involved with the Early Intervention Program, which is Massachusetts’ state program for children under the age of three who need physical, occupational, or speech therapy. We got started with their process to start physical therapy. Our marriage therapist was kind enough to walk us through some key conversations about minimizing change and transition, and we were fully intending to keep all of the big ticket items the same for the foreseeable future - our housing situation, school for our oldest, our church, etc. We knew we needed stability and time to recover.

It’s amazing how one phone call, one conversation, can change the course of your life decisions. Our landlord called and told us they were ready to sell the house we were renting. There was no way we could afford to buy the house at that point in time - after significant medical adventures with two of our kids over the course of 12 months, the medical debt was climbing, and there was no way for me to start working anytime soon with a 6 month-old who still needed 30+ minutes for each bottle. 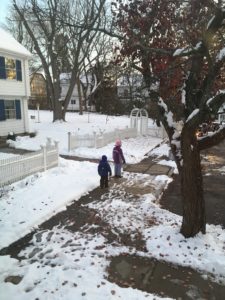 You might already know this, but moving in Boston in the winter is a very unpleasant experience. The weather is a big question mark, of course - our move into the house we were living in had been on a day with a record low of -12F. Because of the weather, nobody moves in the winter, so there is virtually no housing available. I was pretty sure a winter move in Boston would break me, so we made the decision that seemed to move us most in the direction of stability and recovery: we packed up our life and moved it home to Georgia.

We loved living in Boston. It felt like we had found a place that fit us well in so many ways. We had built very strong friendships with dear people that we still miss having in our daily life. We loved the history, the 9 months of gorgeous weather, and being so close to the coast. For us, moving back to Georgia was waving a white flag of surrender. M’s struggle to survive had thoroughly beaten us. With four grandparents living in the same county, we knew that was the place we would have the most daily support. If staying right where we were wasn’t an option, the next best option was to run home. It was simultaneously one of the hardest and best decisions we’ve made. The impact of four grandparents available to help with our daily juggling act - not only with M’s needs, but the needs of our other two kiddos - cannot be overstated. 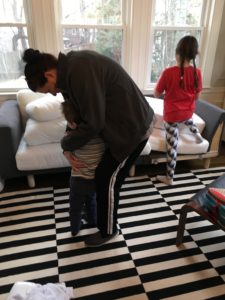 We moved about 6 weeks after that phone call with our landlord. You might ask how in the world we managed to pack up a household with the extensive needs of our kiddos, and I will tell you that it is a total blur and I have no idea how I did it. I remember choosing to give up sleep at multiple moments because there was no other way to accomplish it. I’m sure that is a familiar choice to many.

We tied up loose ends in Boston, said our goodbyes, purged, and packed. We landed exhausted in Georgia over Christmas break and stayed with my parents for several months. Our oldest enrolled in public school, which was another white flag we waved after having homeschooled her since Kindergarten. The move interrupted M’s start with therapy, so that didn’t get rolling until after we moved and started with the intervention program in Georgia (Babies Can’t Wait). We started with feeding therapy once per week. I was still spending lots of time bottle feeding and pumping.

We saw our first of many specialists in January, a craniofacial doctor who was the first to tell us that the hard palate was not the underlying issue. I remember that day very clearly - it was a significant paradigm shift from what every other doctor had told us previously. I was still hoping the vaulted hard palate was the only problem, and once that was fixed, M would catch up and be just fine. I’m so grateful now for his honesty with us, but it was definitely news we struggled to adjust to.

Once she turned a year old and was 4-6 months behind on every milestone, we started the gamut of other specialists, trying to figure out what was going on and why she wasn’t crawling or babbling. We were evaluated by a physical therapist and an occupational therapist, then Babies Can’t Wait added occupational therapy and physical therapy to her schedule. At one per week of each - OT, PT, and speech - I thought that was really a lot of therapy. It turns out that was just the beginning. 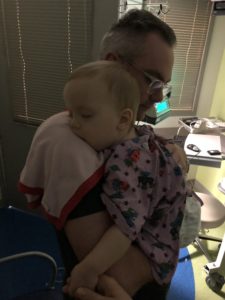 Our craniofacial doctor saw us again and referred us to higher levels of testing in neurology & genetics. Neurology had us do an MRI, which is always a traumatic experience with one that little. We knew exactly what that experience would be like since it was right at two years since our MRI with our son in 2016. Sedating one that young and being reminded of the trauma of the testing from the previous kiddo medical adventure was tough, but the good news is that the MRI did come back clear. Genetics took a blood and urine sample to test for disorders based on her symptoms - low muscle tone, developmental delay, and large head size. We knew full well that they might find something, and they might not. As her parents, we weren’t quite sure which option to hope for. After two months, they had narrowed it down to two possibilities - one was a chromosomal deletion, and the other a rare genetic disorder. They needed to do a second round of tests on my husband & me to land on which of the two was the culprit.

We had to wait two more months for final results. Google had a bit of information on both of the possibilities, and we tried to familiarize ourselves a bit without getting in too deep. We were on pins and needles, hoping for an answer, hoping for nothing at the same time. Would this be something she would grow out of, or a lifelong concern? Would there be treatment or a cure available? What complications would crop up over her life if it was something specific? How would we need to adjust our lives around her needs?

—
In Part 4, I’ll wrap up this part of our story with her diagnosis, our adjustment to it, and what our daily rhythm of life is like these days. Feel free to continue reading along to learn more about our journey so far.

Photo by NASA on Unsplash